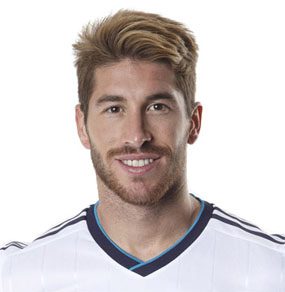 Rhinoplasty is one of the most popular cosmetic surgery procedures for men. This type of intervention is capable of correcting multiple defects and even improving our respiratory capacity.

If you live in Málaga, Marbella or Granada you can count on the services of Doctor Martínez Gutiérrez to perform your nose job. He only operates in prestigious medical centres with full guarantees.

The nose is an appendix that can change our appearance noticeably, for better or for worse. For reasons of genetic inheritance or after a traumatism, the nose may be crooked or too big. As a sign of identity it can give an aged or unwanted look.

A practical and aesthetic example is the Real Madrid player Sergio Ramos. The defender broke his nasal septum a few years ago during a football match against Bayern Munich. As a result, their physical performance was affected by the difficulty of breathing. At the end of the season he decided to go through the operating room to solve the problem and to get a more attractive look.

Today we can all appreciate the change it has made to their physical appearance and sports performance.

Obviously many men are flirtatious, and it is well known that actors like Ryan Gosling or Zac Efron, to give a couple of examples, have also had nose jobs to improve their appearance. In Ryan’s case it has been a remarkable change that has given him many more job opportunities. In Zac’s case, there are doubts about the result, as some suggest that his new, more effeminate nose may go against him as he matures.

How is the intervention

Rhinoplasty for men is an operation that requires hospital admission and general anesthesia, usually the patient is discharged the next day. After the operation, you will need to wear a cast or splint to help stabilize your nasal septum. The swelling of the nose can last for more than a week, and the results will be noticeable after two or three months.

If you would like more information about the rhinoplasty procedure and the recovery times so that it does not affect your work, you can make an appointment with Dr. Martínez Gutiérrez by calling 638 602 462, we will be happy to discuss your case and offer you the best possible result.