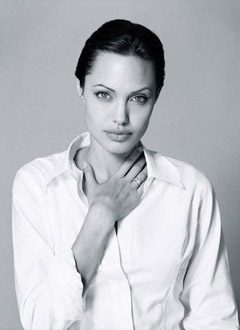 Much has been said about the surgery of the famous actress, but without a doubt Angelina Jolie’s mastectomy takes the lead, as it is one of the attributes that most praise her followers and because it represents a good and courageous example for the prevention of breast cancer.

Perhaps many were unaware, but Angelina Jolie’s mother died of ovarian cancer, and the actress inherited a genetic mutation from her that placed her in a high predisposition (almost 90% probability) to breast and ovarian cancer. Faced with such a critical situation, she has been very courageous and has chosen to have both her breasts removed.

No doubt it must have been a difficult time for Angelina and her whole family, since it is an operation that requires hospitalization and general anesthesia, fortunately everything went well and in a short time we will be able to see the results of the breast reconstruction performed a couple of months ago.

Once the mastectomy has been performed, surgeons can either proceed with breast reconstruction at this time or schedule the procedure for later. Depending on the age of the patient, the prognosis of the disease, and the quality and quantity of skin that remains, there are several possibilities to choose from:

Any of the four methods is a good solution but should be performed by a qualified plastic surgeon. If you have received the same diagnosis as Angelina Jolie or need a mastectomy, do not hesitate to consult with Dr. Martinez Gutierrez about possible solutions for breast reconstruction.

For more information on the case, you can read the letter published by Angelina Jolie in NYT.